Founded in 1691, Yorktown rose to prominence as a trading port in the 1700s and is perhaps best known as the location of the last major battle of the American Revolutionary War. It’s a must for history buffs who can explore 18th-century battlefields and buildings during a visit. Yorktown is easy to navigate on foot, by car, or via the free Yorktown Trolley, which makes stops at major sights throughout town, from the Victory Monument along Historic Main Street to the shops and restaurants along Water Street. Here’s what to see, eat, and do during an overnight visit.

DAY ONE IN YORKTOWN 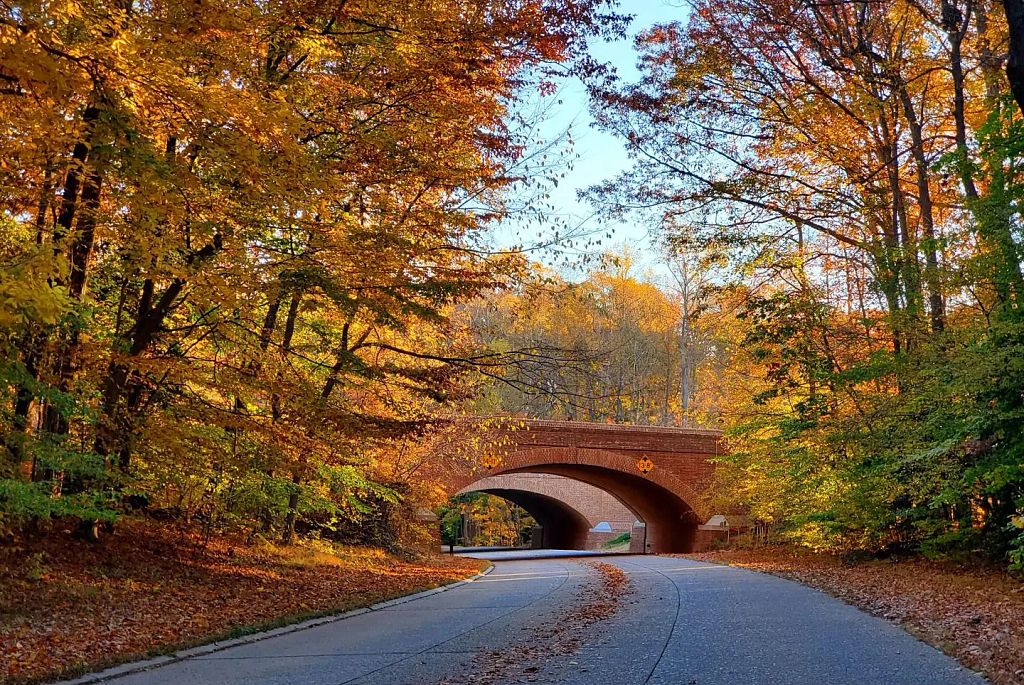 Begin with a ride along Colonial Parkway, a 23-mile scenic drive connecting the three towns of Virginia’s Historic Triangle, from Jamestown Island to the York River in Yorktown. Follow the Parkway to arrive at Yorktown Battlefield Visitor Center, part of Colonial National Historic Park, where guests can pick up a park map, pay the entry fee, and watch, “The Siege at Yorktown,” a short orientation film that gives an overview of the last major land battle of the American Revolution. Download the Yorktown Guide App, which includes an audio guide with points of interest throughout town. Then, set off on a self-guided tour of Historic Yorktown, accessible from the Visitor Center’s parking lot via a walking path.

There’s plenty to see on a stroll along Historic Main Street, including the Nelson House, home to one of the signers of the Declaration of Independence. The circa-1721 Custom House, one of two surviving colonial storehouses in the state; and the Somerwell House, one of Yorktown’s oldest residences. Walk down Read Street to visit the Poor Potter Site, the remnants of a pottery factory operated by William Rogers in the mid-1700s and a site that played an important role in establishing financial independence for the colonies. 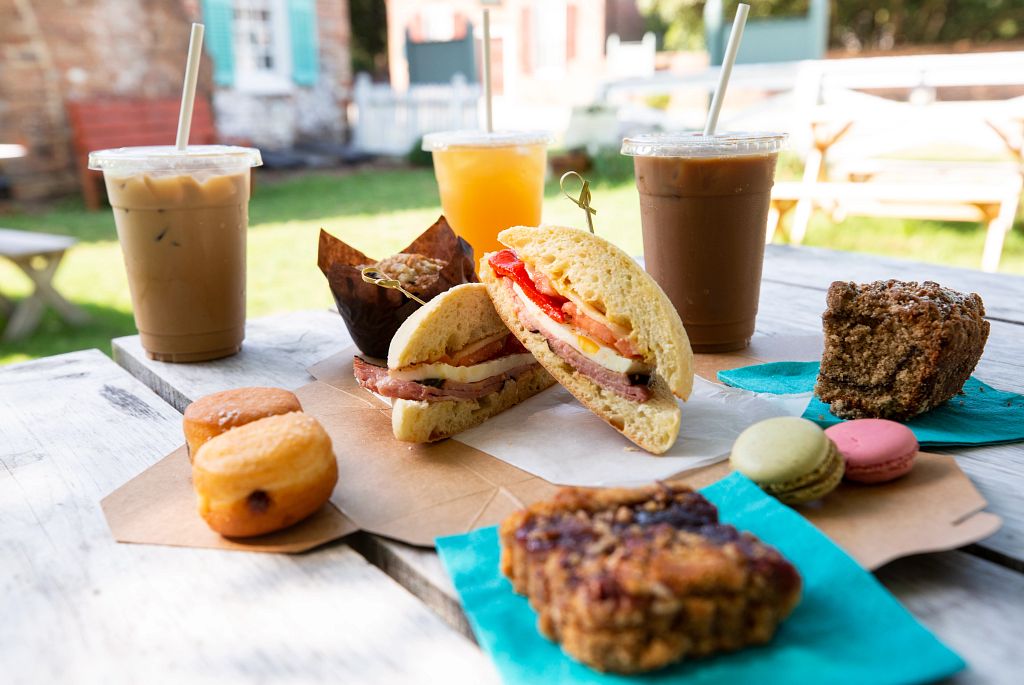 Back on Main, stop for sandwiches and baked goods at Mobjack Bay Coffee Roasters and Petite Cafe, located in the circa-1726 Cole Digges House, then pop into On the Hill Gallery nearby to shop local arts and crafts, and York Hall, a welcome center and gallery featuring work from more than 300 regional artists.

Return to your car for a driving tour of Yorktown Battlefields, where the last major conflicts between the Continental Army, led by General George Washington, and British forces commanded by Lord Charles Cornwallis, took place. Follow the red flags from the Visitor Center parking lot for a seven-mile drive with stops at historic sights including the British Inner Defence Line, the Moore House, where officers met on October 18, 1781 to negotiate surrender terms for Cornwallis’s troops, and Surrender Field, where the British laid down their arms the following day.

From Surrender Field, follow yellow flags for a nine-mile drive through the American and French encampment areas including General Washington’s Headquarters, and the American and French Artillery Parks. Be sure to download  the Yorktown Guide App, which includes GPS-enabled audio tours with historical information for stops along both drives.

Dine by the Water 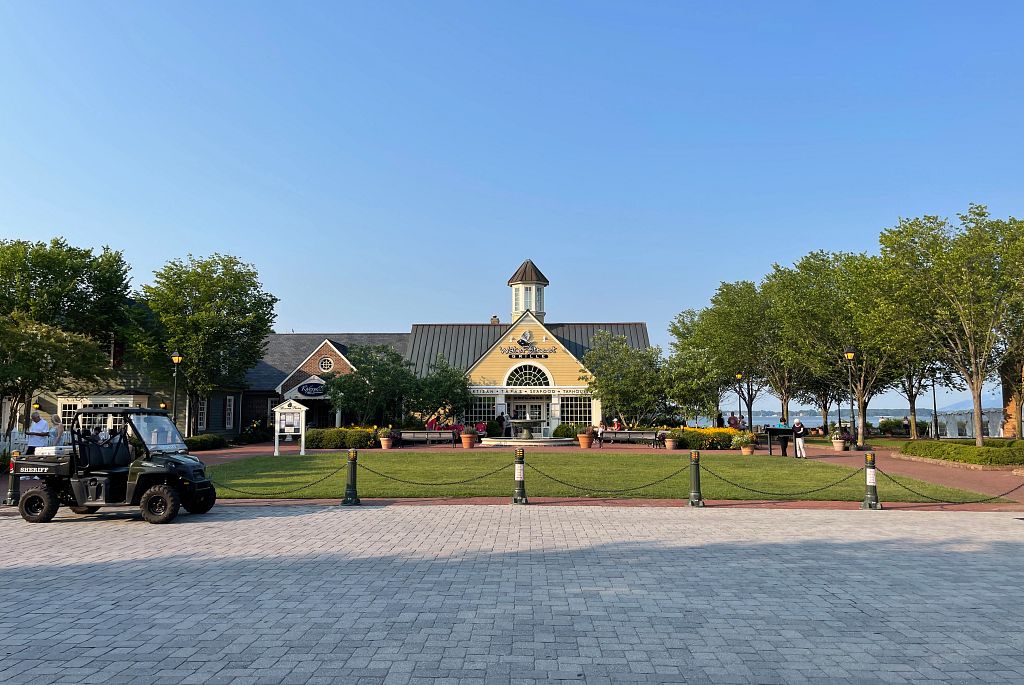 For dinner, head to Water Street Grille where seafood staples like fish tacos and crab cakes are served alongside a lengthy list of Virginia microbrews on tap and views of the York River, the Coleman Bridge, and Gloucester Point. After the sun goes down, join Yorktown Hallowed Ground for a candlelit ghost tour through Historic Yorktown to learn the legends of spirits that still haunt Yorktown’s streets, among the oldest in America. 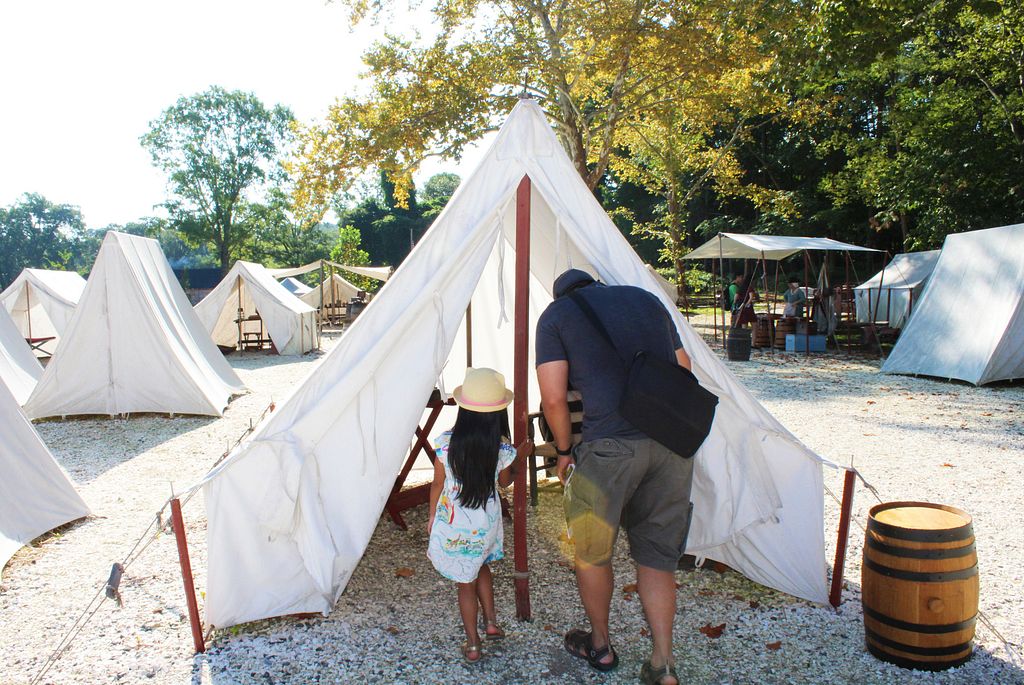 Spend the morning at Yorktown’s American Revolution Museum, a living-history museum which tells the story of America’s founding. Indoor galleries showcase 18th century artifacts, while outdoors guests can visit a re-created Continental Army encampment, as well as a Revolution-era farm. 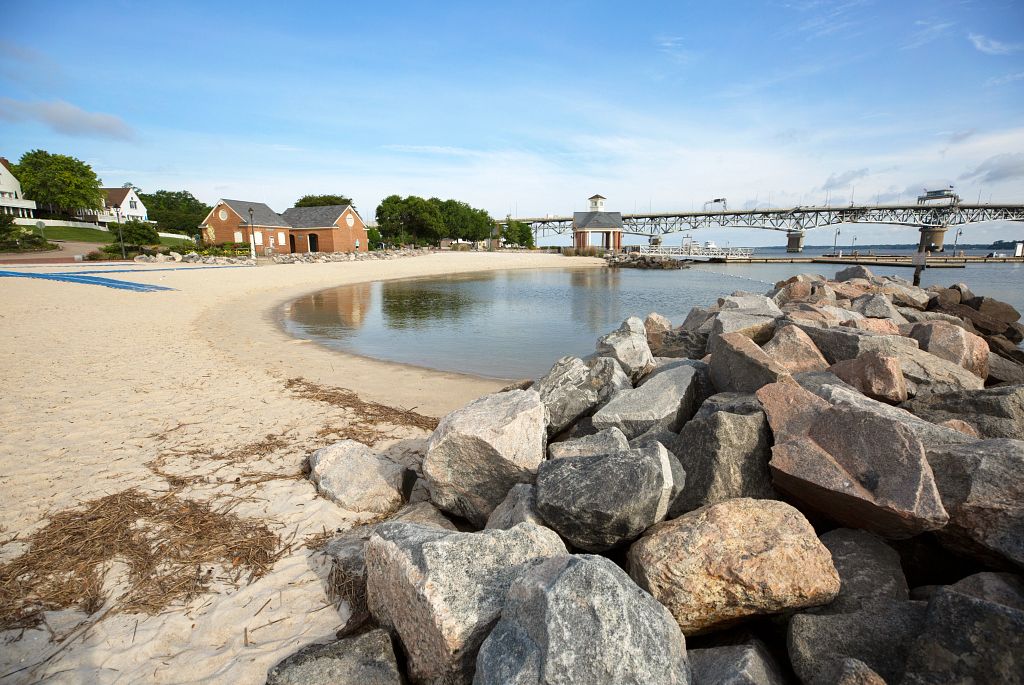 Take a walk along the York River on Water Street and visit two-acre Yorktown Beach. Across the street from the water lies Cornwallis’ Cave, where legend has it the British commander retreated during the Battle of Yorktown (though experts say it was likely just used for storage). On Saturdays from April until the end of October, Water Street is also home to Yorktown Market Days, a collection of farm stalls, crafts, live music, and food trucks that draws locals and visitors alike. 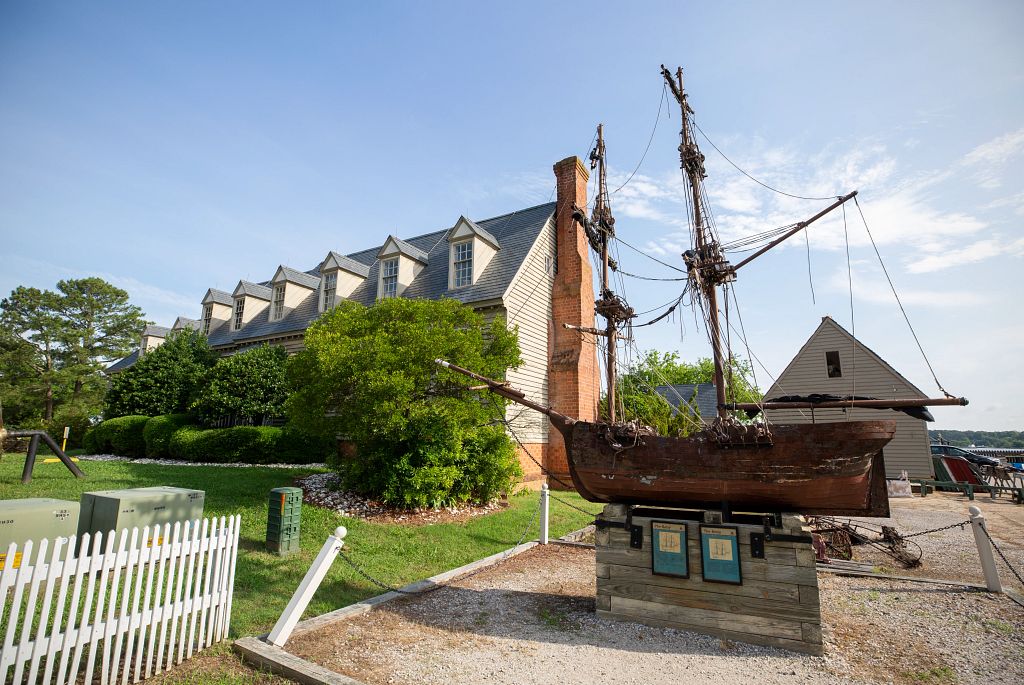 Be sure to stop at the Watermen’s Museum, which chronicles the history and culture of the men and women who have harvested seafood from the Chesapeake Bay for the past 400 years. Visitors eager to hit the waves can rent kayaks or stand-up paddle boards from Patriot Tours and Provisions next door.

Shop and Dine at Riverwalk Landing 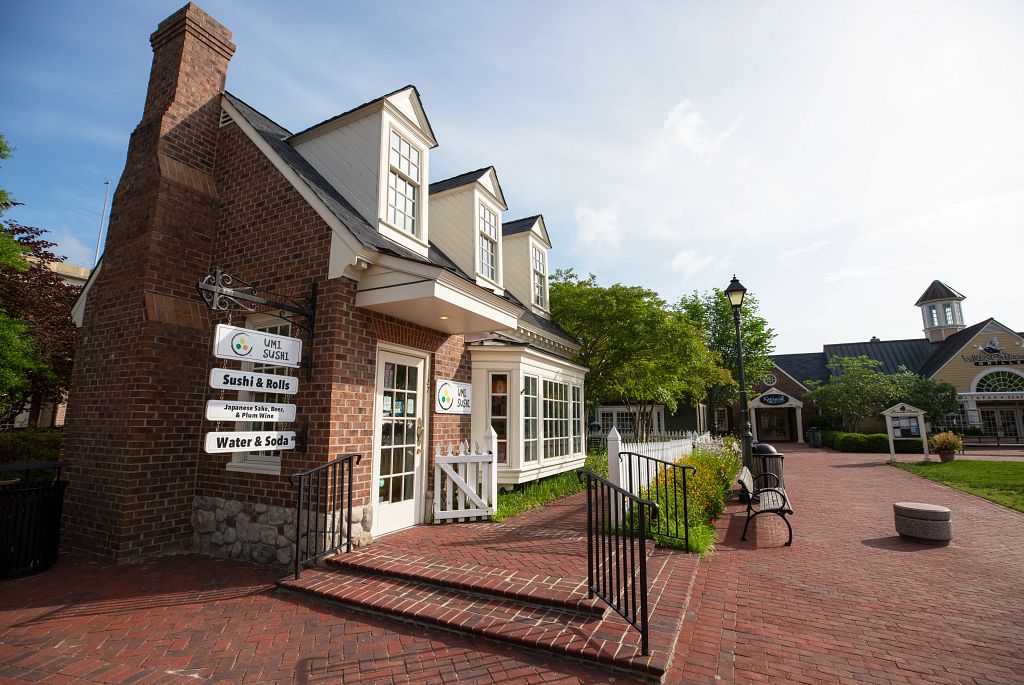 Stop for a sit-down lunch at Umi Sushi, which serves fresh rolls in a charming, cottage-style restaurant, or head to Carrot Tree Kitchens for grab-and-go fare, perfect for a picnic by the river (be sure to try a slice of their signature carrot cake!). Shop for souvenirs at Yorktown Bookshop, stocked with antiques including an impressive collection of militaria and maritime pieces. Browse Made-in-the-USA gifts at Auntie M’s American Cottage and keepsake jewelry at Viccellio Goldsmith, then grab a scoop at Ben & Jerry’s before heading out of town.

Where to Stay in Yorktown