When fall rolls around, we look forward to the creative releases from Virginia’s 300+ craft breweries, who infuse their brews with everything from pumpkins and sweet potatoes to fall spices like cinnamon, nutmeg, and clove. We sampled a few of our Central Virginia favorites, comparing notes with the breweries to share our thoughts on these autumnal ales. Read on and head to your local brewery to pick up your own six pack of fall craft beers.

Center of the Universe Brewing Company–Ashland

Brothers Chris and Phil Ray opened Center of the Universe Brewing Company after their passion for home brewing went from hobby to career in 2011. This year, their fall flavors included RedRum Bloodsucker Double IPA, the Oktoberfest Marzen, and Giant Pumpkin Beer, a collaboration with Giant, a supermarket company with locations in Northern Virginia.

How They Describe the Beer: Oktoberfest–German Munich and Vienna malts are used to give the beer a slightly sweet and malty flavor with some toasted notes as well. Noble German hops were added during the boil, adding just enough bitterness to balance with the flavors of the malt. We then chose a Czech yeast strain that accentuated the malt and fermented nice and clean. Golden to amber in color, we think our Oktoberfest would be right at home in the festival tents of Munich. Or Virginia. Prost!

RedRum IIPA–Welcome to a world of sheer terror, where nightmares come Alice and the dead feed on fear.  In this devilish domain, only one elixir can satisfy their eternal thirst and vanquish the beast within – REDRUM IIPA.  Kings Dominion and Center of the Universe are proud to present this double-powered India Pale Ale potion of American hops and savory malts is certain to give goosebumps to even the bravest of souls.

Giant Pumpkin Beer–The Giant Pumpkin beer has a malty, sweet backbone that is balanced with a kiss of ginger, cinnamon, and nutmeg.

What We Tasted: The Oktoberfest beer is easy (almost too easy) to drink. The Giant Pumpkin Amber Ale brewed with spices is not heavy on the pumpkin, nicely spiced and perfect for fall. The RedRum Bloodsucker IIPA is a gorgeous red color, not too hoppy, very approachable. Good fall beer if you’re not a pumpkin fan. 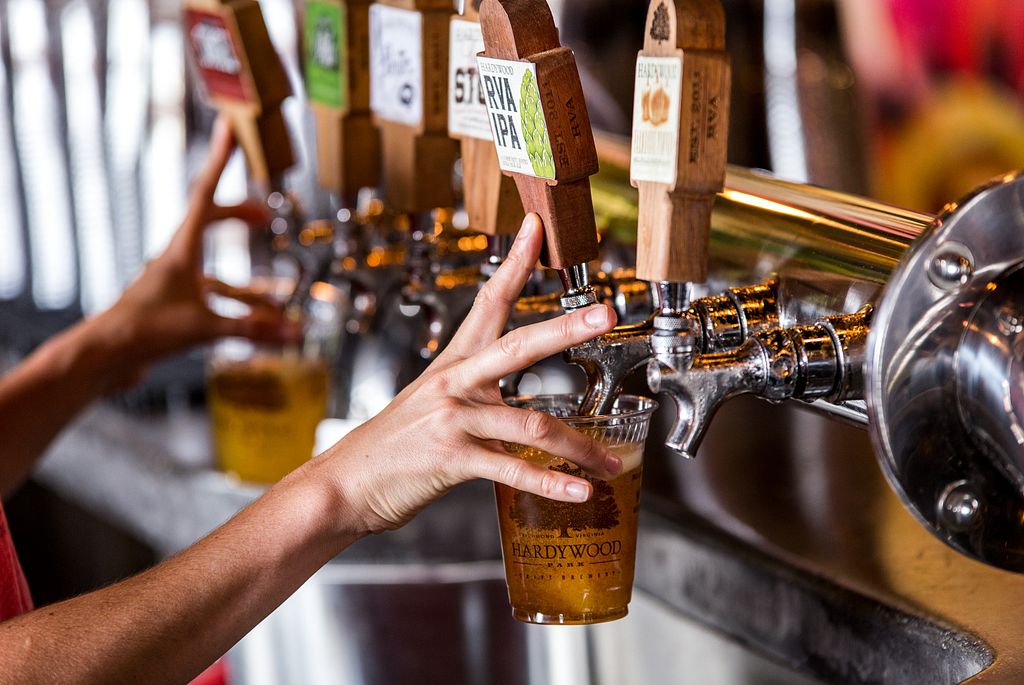 What We Tasted: This Marzen lager tastes just like fall in a glass. Put on your lederhosen and pick up your stein because Oktoberfest has arrived.

Founded in 1996, Stone Brewing began in California, and has three tasting rooms across the state, but after witnessing Virginia’s craft brewery Rennaisance, Stone decided to open a downtown Richmond location. Check their website to see what’s on tap at the tasting room, and stop by to pick up their specialty Halloween beer, “Enjoy by 10.31.22 Hazy IPA”

How They Describe the Beer: Stone’s “Enjoy by 10.31.22 Hazy IPA” is a Halloween-themed brew jam-packed with more than ten varieties of hops for a beer so fresh it must be enjoyed by 10.31 to enjoy it’s full profile of hop flavors.

What We Tasted: Hazy IPA, a little strong at 9.4% but dangerously drinkable. Not overwhelming with the bitterness of the hops, but tastes very fresh and approachable.

Trapezium Brewing Company opened their first brewery location in Petersburg in 2016, and in addition to the main production facility, this taproom offers brick-oven Neapolitan-style pizzas and other small bites to pair with your beers. In 2022, they added Camp Trapezium in Amherst, a 76-acre farm brewery with an on-site Airbnb, and in 2023, they’ll open their third location in Richmond’s historic Church Hill neighborhood. We sampled the Spooky Szn, an Imperial Amber Ale that reads like a traditional pumpkin beer with extra spices shining through.

What We Tasted: The pumpkin comes through immediately, but we also detected hints of maple. Ideal for sipping in front of a roaring fire. 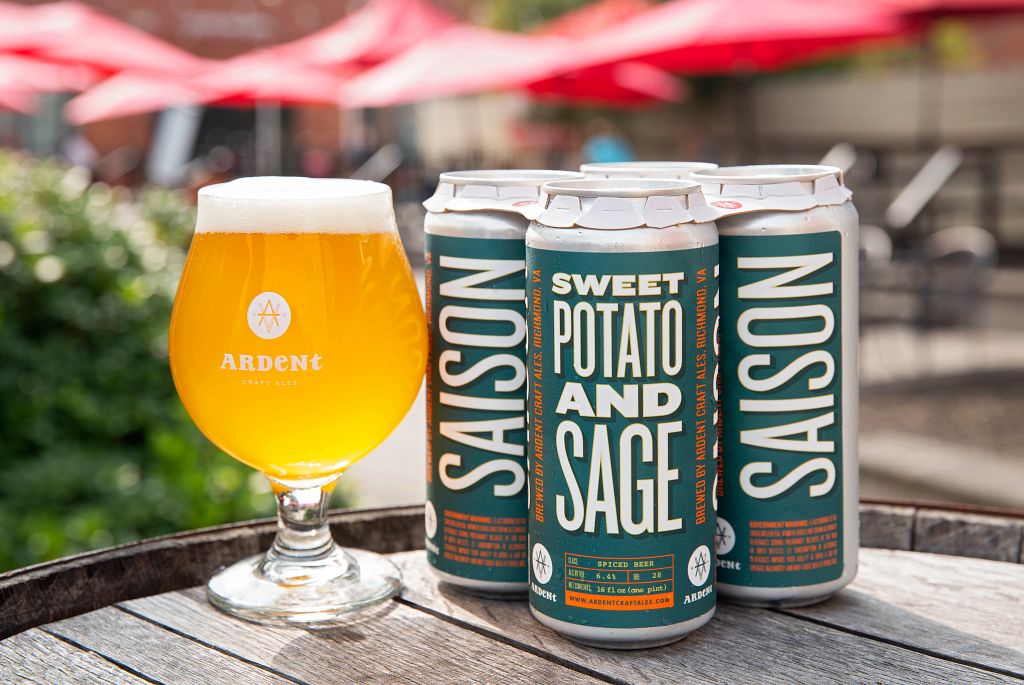 How They Describe the Beer: Sweet Potato & Sage Saison dry, farmhouse-style saison. Earthy notes from the sweet potatoes are balanced by the fragrant aroma of fresh, local sage. This fall seasonal features a continental malt backbone and subtle hop presence in a well-rounded beer.

What We Tasted: Light, refreshing, not what you would expect in a typical fall beer. The sage really stands out in this seasonal saison.

Stay tuned for as we sample more batches of fall beverages from some of Virginia’s best breweries.