With the earliest Africans coming to shore in Virginia in 1619, the Commonwealth’s history is filled with important, complicated, and often painful stories, led by notable Black individuals that shaped Virginia as well as the entire United States. Visit a few of these powerful museums and historic sites to learn about Virginia’s nearly 400 years of Black history.

Founded in 1868 as an educational institution for newly emancipated Black citizens, Hampton University is the site of six National Historic Landmarks, including the Emancipation Oak, the site where former slaves gathered to hear President Lincoln’s Emancipation Proclamation read for the first time in the area. 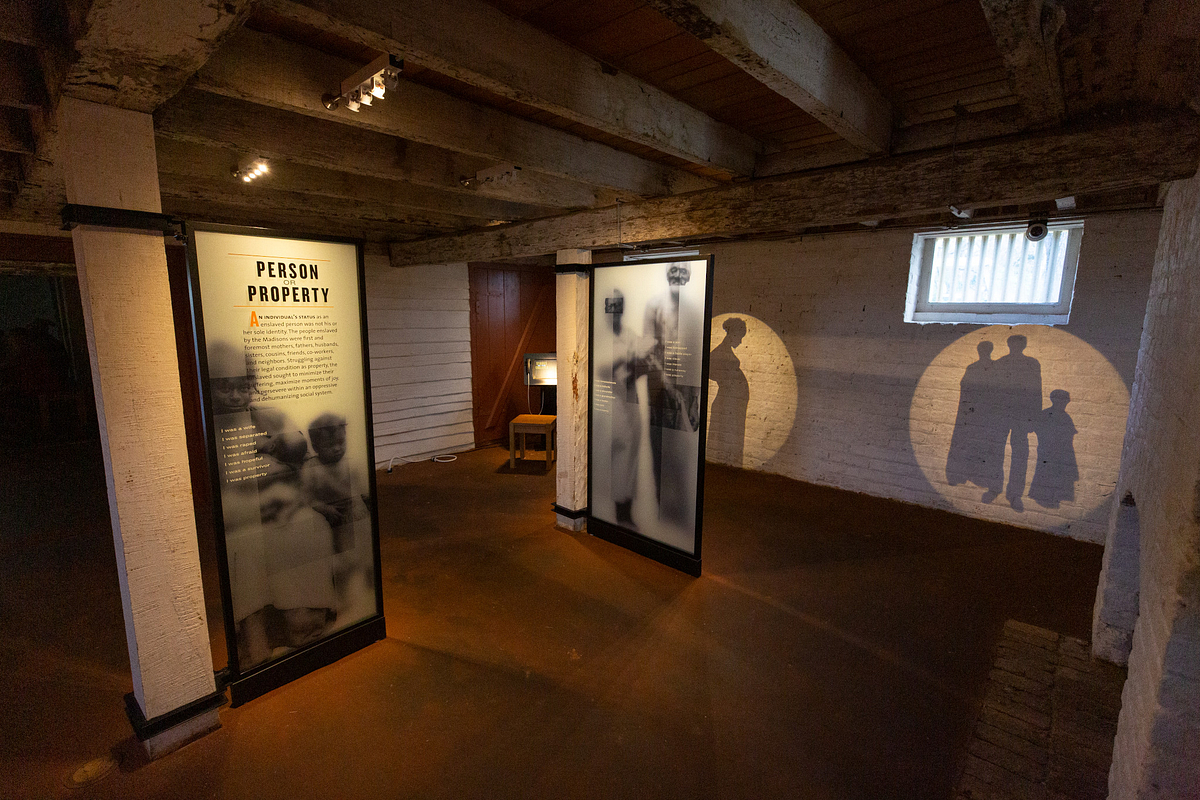 Learn about slavery in America during James Madison’s lifetime and hear the stories of the slaves that lived on the grounds of Montpelier told by their living descendants, when you tour the site’s special exhibit, The Mere Distinction of Colour. 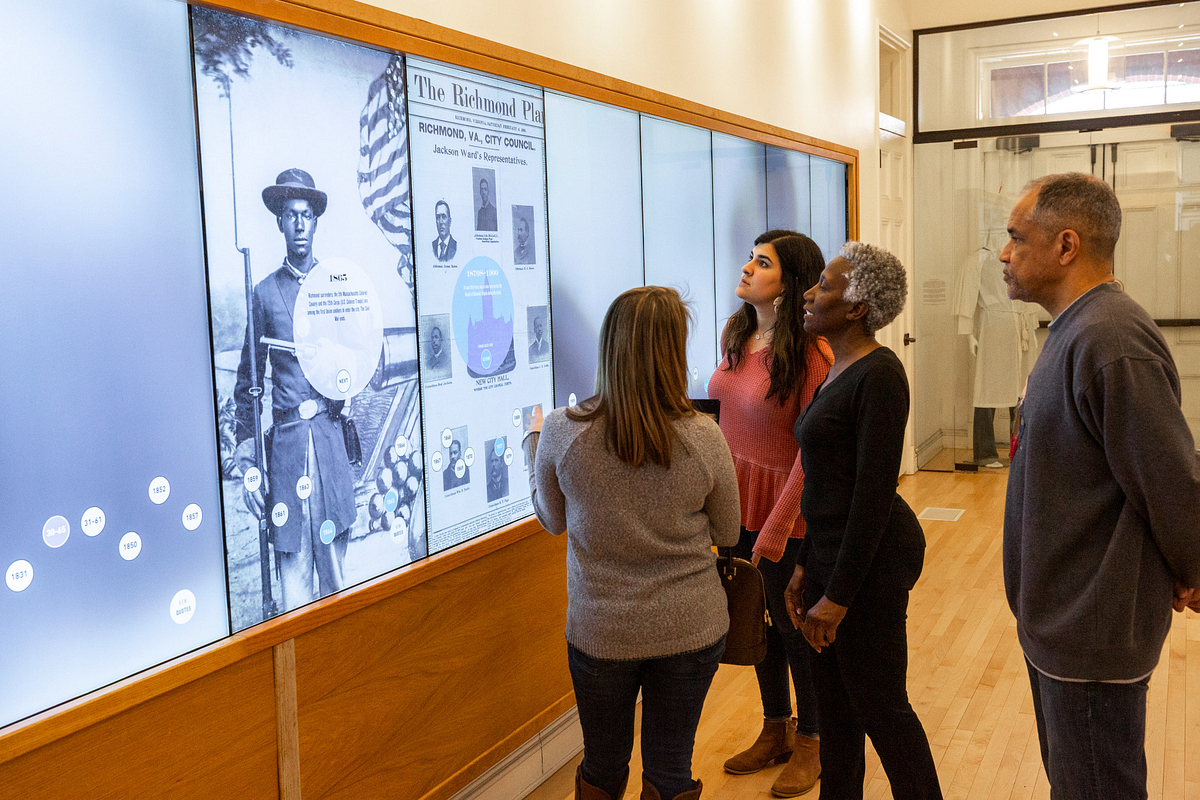 This museum tells the stories of Africans that were brought to America against their will, highlighting the complex experiences that these Black Americans would endure over nearly 400 years. Additionally, the museum exhibits look at famous Black Virginians.

A National Historic Landmark, the Robert Russa Moton Museum is the site of the first non-violent Civil Rights in Education student demonstration, which led to the 1954 Brown vs. Board of Education case in the Supreme Court. The museum’s exhibits give visitors a glimpse at the unjust nature of “separate but equal” under segregation.

This Northern Virginia Black history museum documents the important contributions of Black Americans living in the region from 1749 to the present day. 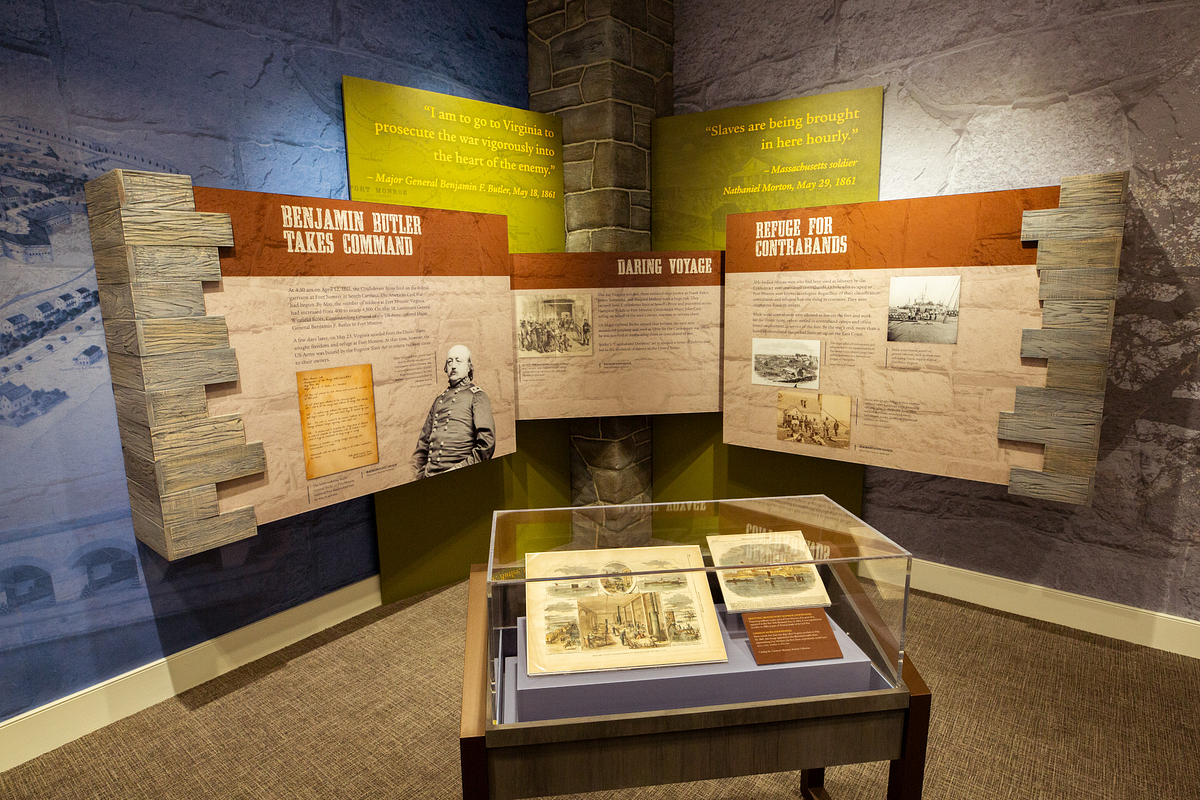 Nicknamed Freedom’s Fortress, Fort Monroe is a Union-built fort that provided a safe haven for thousands of enslaved people during the Civil War.

Located in the former headquarters of the largest domestic slave trading company in the United States, the Freedom House Museum shares the painful stories of thousands of men, women, and children who passed through the site on their way to lives of hard labor and bondage on the large plantations of the Deep South. 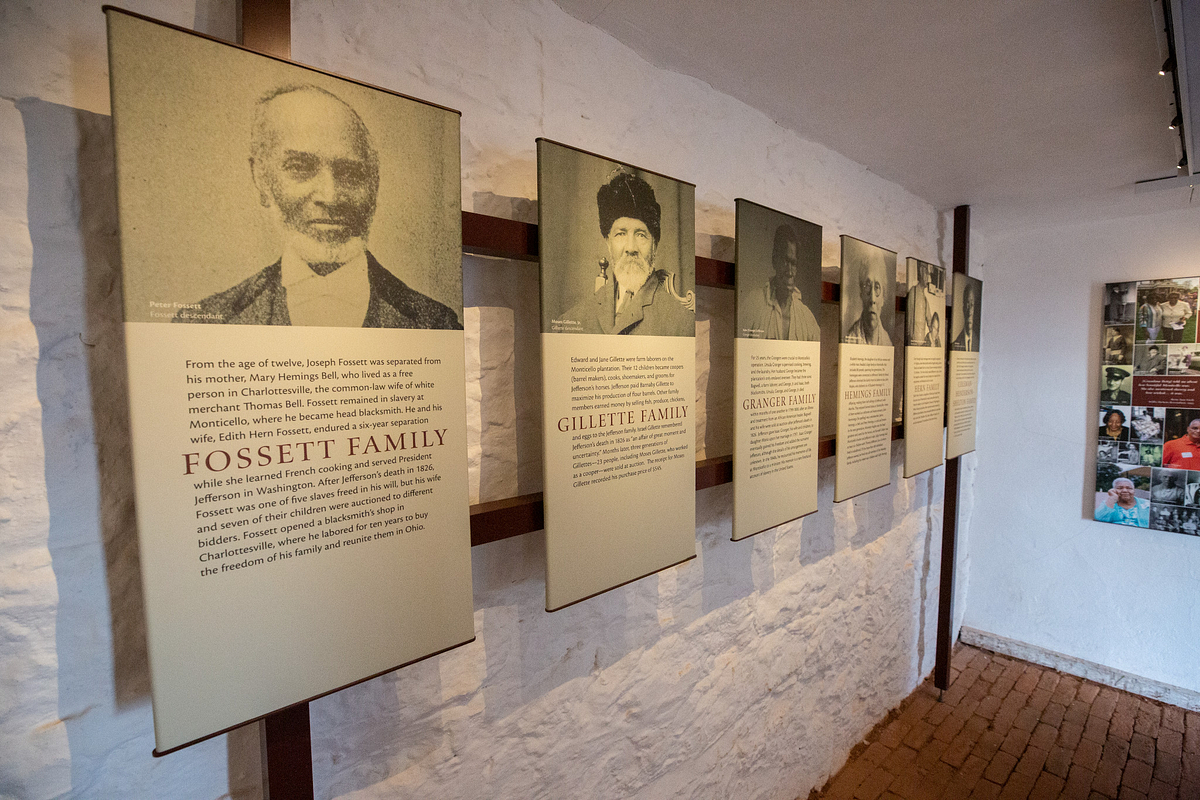 Covering the lives of nineteen enslaved individuals that lived at Mount Vernon, the Lives Bound Together exhibit sheds light on Washington’s changing views towards slavery that led to him adding a provision to free his slaves after his death in his will.

Honoring the birthplace of Booker T. Washington, America’s most prominent Black educator, orator, and statesman of the late 1800s-1900s, the Booker T. Washington National Monument includes a Visitor’s Center with exhibits on Washington’s life and legacy, as well as a living history farm where visitors can learn about farm life in Civil War Virginia, the era during which Washington grew up.

The Life of Sally Hemings Exhibit at Monticello, Charlottesville 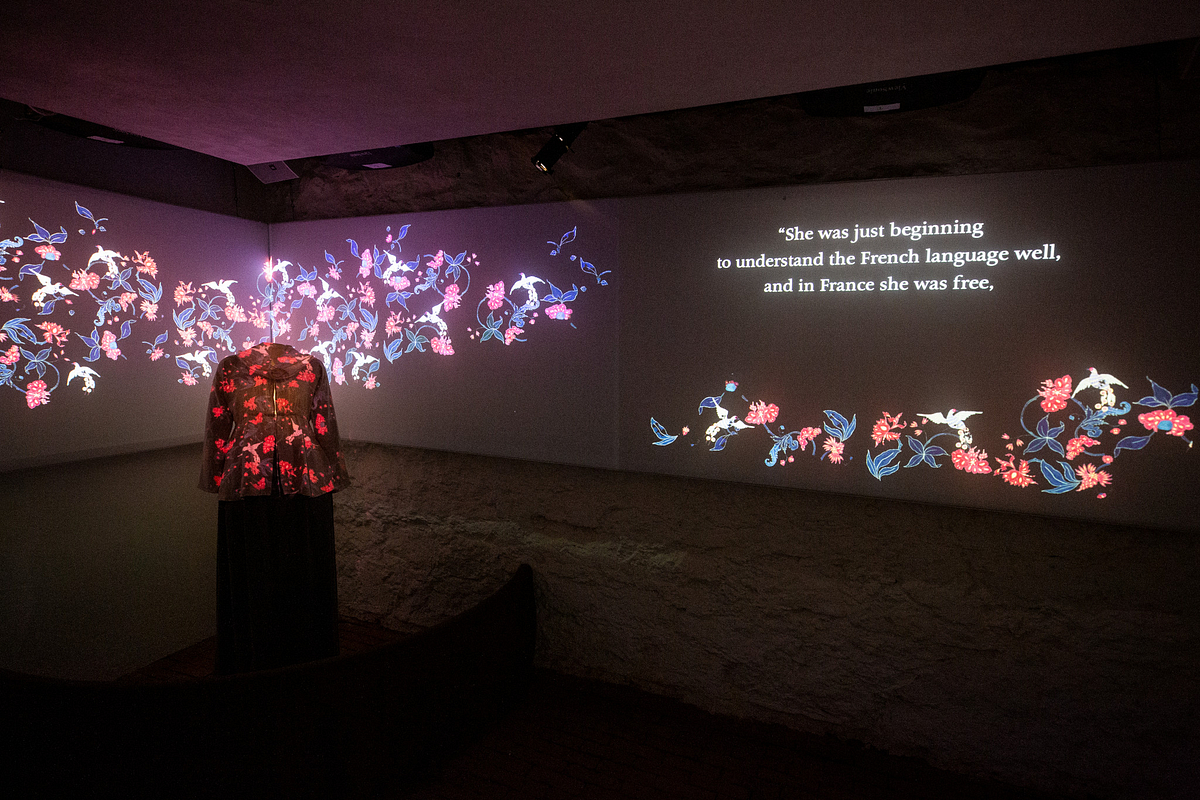 Learn about Sally Hemings’ life and identity as an enslaved woman on Jefferson’s Monticello estate, including her strength and courage to strive for the freedom of her children from the shackles of slavery.

Exhibits showcase over 100 years of Black history in Martinsville and surrounding Henry County, as well as exhibits on a national level. 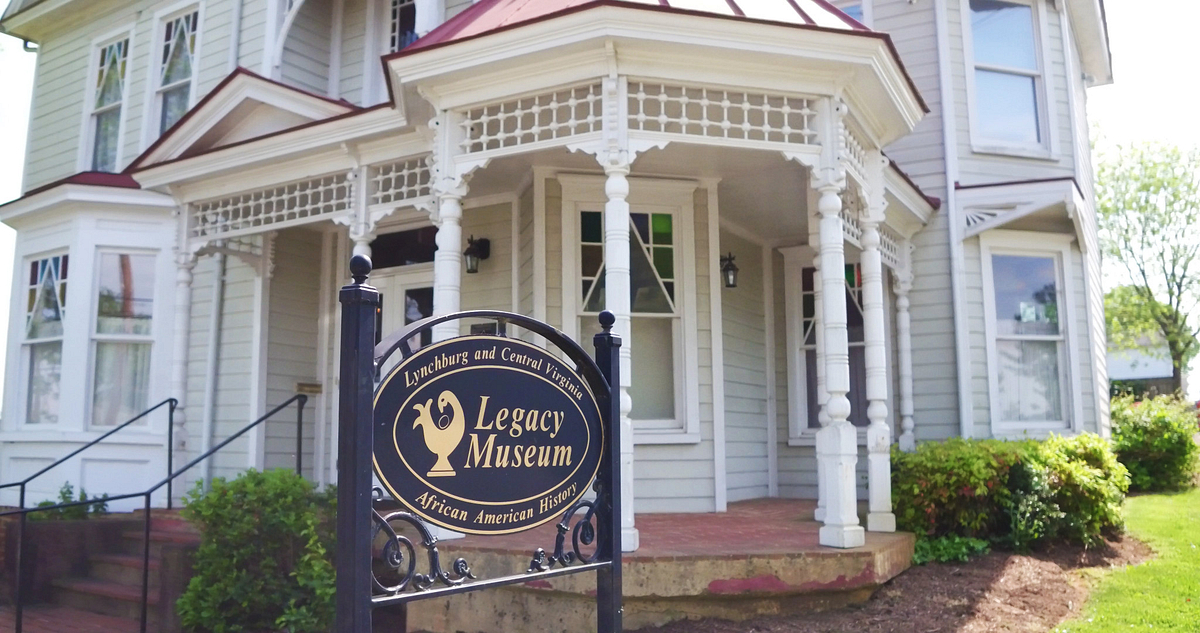 The Legacy Museum of African American History features exhibits about Central Virginia’s Black history, from the first slaves that arrived in 1619 to present-day figures and events that have shaped the Commonwealth and the entire country.

Stratford Hall’s newest exhibit, titled “Stratford at the Crossroads: Atlantic Cultures & Creation of America”, focuses on material culture, colonization, colonial women, and historic preservation efforts at Stratford Hall. The exhibition contains 18th-century maps of West Africa and the Atlantic world, cameos of enslaved African women, archaeological artifacts found on the property, West African objects that survived the middle passage, and much more. Additionally, Stratford Hall has launched an audio tour, “The Crossroads: African and African American Life at Stratford”, which highlights the history and cultures of the enslaved African and African Americans who lived and labored at Stratford from 1738 to 1865. The tour leads visitors throughout the property as stories of these previous enslaved peoples are shared in the audio guide. 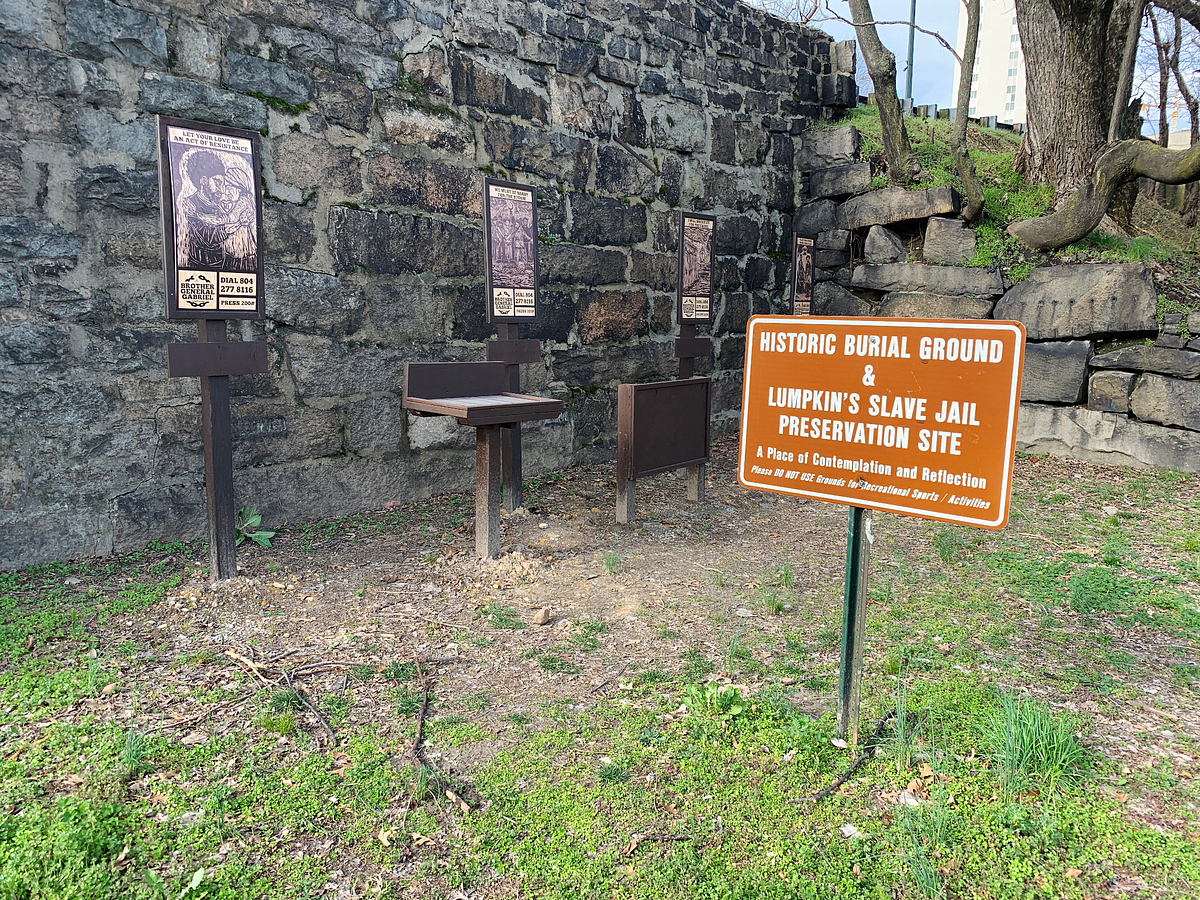 A self-guided walking trail spread throughout the city, the Richmond Slave Trail chronicles the history of Africans who were taken from Africa and brought to Virginia to sell until 1775, then sold from Richmond to locations throughout America until 1865. This historic trail includes notable locations like Lumpkins Slave Jail and First African Baptist Church.

The Appalachian African American Cultural Center gives a rare glimpse at Appalachian Black history, featuring exhibits on the limits of rural education and cultural aspects of life for Black Americans raised in Southwest Virginia over the 18th, 19th, and early 20th centuries. 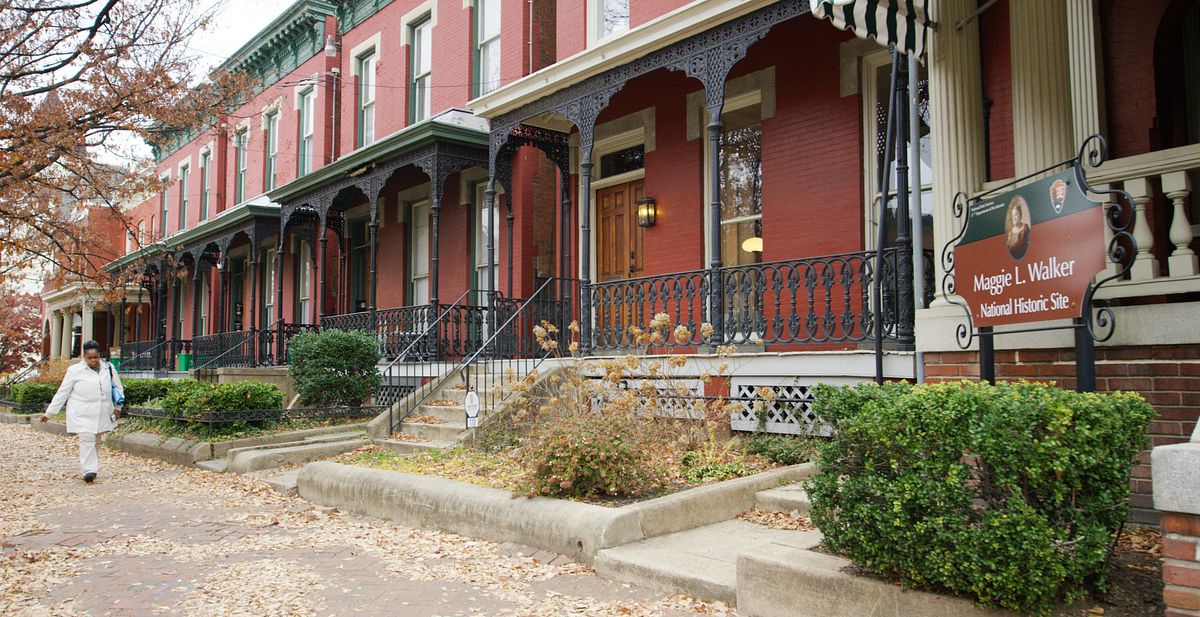 Tour the former home of famous Richmonder Maggie Walker, who founded the first women-owned (and Black-owned) bank, where she also served as the first female president.

The Black Soldiers Memorial in Norfolk honors the Black American Union soldiers that fought in the Civil War. 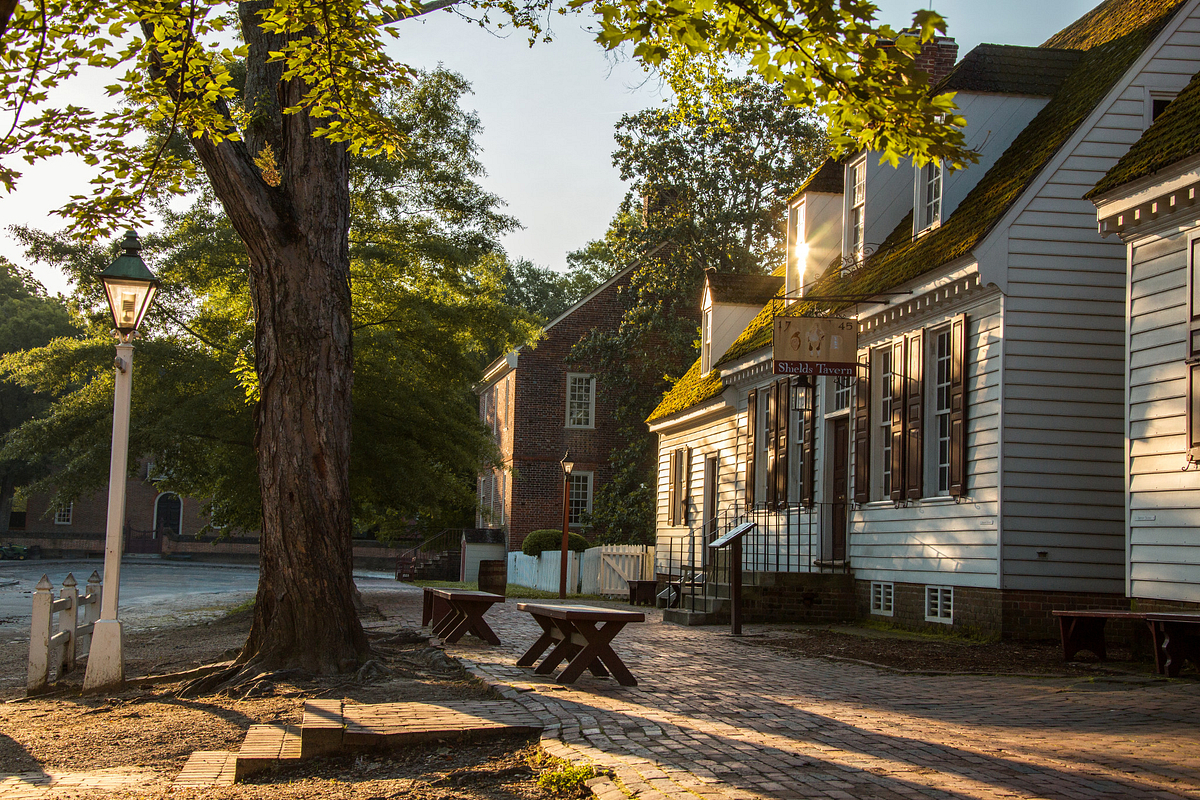 With nearly 60% of Black Americans living in Chesapeake during the Revolutionary era, Colonial Williamsburg is an important location when it comes to Black history. Learn about the slaves that worked the plantations and farms in the region when you visit the Slave Quarter at Carter’s Grove in Colonial Williamsburg.

Housed in Roanoke’s Center of the Square, the Harrison Museum is a cultural and educational institution that preserves and interprets Black American history, specifically the history of the Roanoke Valley and the surrounding areas.

Learn more about these notable Black history destinations and more in Part 1 and Part 2 of the Black History Sites articles, written by University of Richmond Professor and Historian Lauranett Lee. Looking for other places to learn about Black history in Virginia? Continue your educational journey by visiting more Black History Sites, located throughout the Commonwealth.